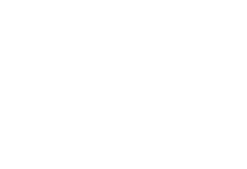 Have you wondered about your roots? Have you been curious about those that came before you? Let's make their history part of your story.

Chainlines provides family and house history research services to its clients. We specialize in researching the Belgian-American immigrant experience as well as house histories for homes in the Baltimore, Maryland Region.

Have you ever wondered about your ancestors? When did they arrive in America? Where did they come from? Why did they leave? What was their life like in the old country?

When I realized I had exhausted family research avenues on my own, I decided I needed a professional genealogist to help find my great-grandfathers parents in Luxembourg. One of the best decisions I ever made! Kristine Smets found more in a few days than I found in several months of searching Ancestry.com and other online databases. —Jo Ann A., California

Every Home Tells a Story

The level of detail blew my mind. It was more than I expected to receive and in addition to fulfilling my agonizing curiosity, we now have a professionally tailored provenance of our house history that we can sink our imagination into and pass along to the next owners. —Pete Ma, Maryland

Client’s Luxembourg great-grandfather immigrated to Iowa sometime soon after the Civil War. His death record, obituary, or naturalization papers do not list his exact place of birth nor the names of his parents. Using indirect evidence, I was able to connect the Iowa Luxembourg-American with the correct nineteenth-century family in the Grand-Duchy of Luxembourg.

The new owners of a home in the historic Bolton Hill neighborhood wanted to know who had previously lived in their house. Using census records, newspaper articles, and city directories, I compiled a list of the nine previous owners of the house, and the twenty-three families that had made it their home between 1885 and the present.

Client’s great-grandfather was named after his father, but never met him. His birth certificate lists the wrong man, and his mother never talked about the individual. Correlating evidence from city directories, census, court, and newspaper records, I was able find the scoundrel who deserted her great-grandmother 120 years ago.

The client’s grandparents immigrated to the United States in the 1920s. Using census, vital, and immigration records I was able to trace both grandparents to their native towns in Ireland and trace their ancestors in Ireland two to three generations back. When client visited Ireland that summer, he was able to visit his ancestral home town and connect with some living relatives on the other side of the pond.

Client wanted help finding out who the parents were of two of his ancestors. I gathered information from derivative sources in online databases that allowed some preliminary conclusions. Next steps were outlined on how client could obtain original documents and proceed with further research.

I was hired to verify a family story and identify the deceased ancestors’ parents and grandparents, as well as provide more information about the ancestor’s life (where did he grow up, work, and live?).

Her final product included a beautifully written comprehensive report, an extensive accounting of her detailed research findings, and electronic copies of all source materials. It is a treasure trove of our family history. To us, the value of Kristine’s work far exceeded the cost. —Tom, Baltimore

Chainlines and Kristine Smets exceeded every expectation I had. She helped me explore a long-ago chapter of my family’s history, and her exacting and thoughtful work opened new doors of meaning and connection for myself and my loved ones. —Terry O'Hara, Maryland

Do you need professional help discovering your family or house history? The past is closer than you think.